“Wisdom is given equally to everybody. The point is whether one can exercise it.” -Taiichi Ohno

Very few people have been able to harness and use their wisdom as powerfully as Taiichi Ohno, a Japanese industrial engineer and businessman who invented the “Ten Precepts” of lean manufacturing, a cornerstone of the Toyota Production System. Taiichi Ohno’s cars are still relevant and driven today, they are not only still produced but the cars older versions are sold on used car sites for those who would like to own one but can’t afford the new car prices, they can be found online at Zemotor a used car website, showing that these cars have stood the test of time. But who was Taiichi Ohno, and how did he become so wise?

Taiichi Ohno was born on February 12, 1912 in Dalian, China and later attended the Nagoya Technical School. After graduation, he began working at Toyoda Spinning and Automatic Loom Works, one of the first of the Toyoda family’s companies. The family held a contest to create a new logo for the company and the winning design used the word Toyota – no ‘d’ – thus the Toyota Motor Company was born. By 1943, Ohno was a production engineer with the Toyota Motor Company.

The Beginning of the Toyota Production System (TPS)

When Taiichi Ohno joined the Toyota Motor Company, the entire Japanese automotive industry was behind the powerhouse American auto manufacturers in sales, quality and production. Toyota was operating at a loss and couldn’t afford to hire new people or purchase machinery and equipment to compete, but nonetheless, Toyota’s CEO set strategic goals in order to catch up with the Americans within three years. It was a tall order.

Toyota sent Ohno to the U.S. to learn about American manufacturing techniques. He toured the Ford Motor Company’s production facilities and learned from Henry Ford himself about assembly lines. Most people believe this experience gave rise to the Toyota Production System (TPS), which led to the development of lean manufacturing.

By Ohno’s own accounts, the American experience that most influenced his thinking was the supermarket. He was intrigued by the displays of inventory in every aisle, which allowed people to pull the items they required as they were needed. He took the idea of “pulling” inventory back to Japan, adding the “Kanban” replenishment card for restocking.

Interestingly, the Kanban card owes a lot to the old “two-bin” system of inventory management, where inventory is stored in two bins or packets. When stockroom personnel pull the last item in the primary bin, they open and use inventory in the second bin. The second bin includes a reorder card that signals to Purchasing it is time to order a replenishment supply. Ohno’s genius was in combining the pull system with the automatic replenishment.

Taiichi Ohno also recognized the best way to manage cost was to eliminate waste in every form. In doing so, he identified the “Seven Wastes”, which he defined as:

Ohno Fought for His Ideas

Taiichi Ohno’s theory led to the implementation of “Just in Time” inventory management, but it was not an easy path. When he wanted to cut inventories at Toyota, he received a great deal of pushback from management. At the time, most companies-Toyota included-stockpiled inventory “just in case.” Eventually, as he persisted, and the inventory reductions increased productivity and profitability, the company accepted the idea.

A Focus on Quality as Much as Inventory

Although Taiichi Ohno is most closely linked with the idea of inventory reduction, efficiency and quality were the cornerstones of his theory. He worked closely with Japanese manufacturing expert Shigeo Shingo on developing manufacturing methods designed to efficiently create products of consistent quality. Ohno’s work contributed as much to today’s manufacturing mantra of quality as the work of so many other quality gurus.

Quality is and always has been a key focus of lean manufacturing. For example, the idea of kaizen, or continuous improvement, is a core principle of lean. In fact, it is one of the basic philosophies of TPS:

The Toyota Production System evolved over many years, from the 1940s through the 1970s and beyond. Taiichi Ohno was not the only contributor to the management philosophy, but he is the most well known.

Taiichi Ohno wrote several books outlining the benefits of TPS, or “lean,” but he gave away very few of Toyota’s own secrets. He generally cited examples from other companies to illustrate the benefits of the system. His writings include:

Ohno has also been profiled and featured prominently in business books from around the world, including “The Machine That Changed the World” by Dr. James Womack and Daniel Jones and “Management Lessons from Taiichi Ohno” by Takehiko Harada, among others.

The End of an Era

Taiichi Ohno retired from Toyota in 1978, but he continued to work until his death on May 28, 1990 in Toyota City, Japan. The manufacturing industry lost a revolutionary management thinker and thought leader in quality, efficiency and the value of continuous improvement–but it also gained invaluable knowledge that has helped shape it into what it is today.

How has Taiichi Ohno’s wisdom helped your business achieve its manufacturing goals? Discover other Heroes of Manufacturing and learn more about the visionaries that transformed the world of manufacturing. 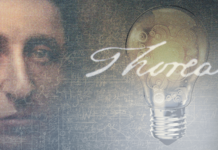 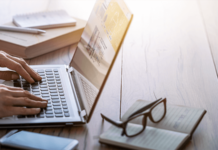 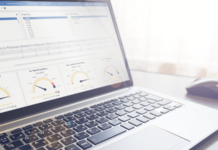