Motorola’s new business strategy of adopting Six Sigma was received with mixed reactions back in 1986. While some saw it as a revolutionary strategy that would significantly improve efficiency, others dismissed it as a complicated process that wouldn’t lead to improved profits. Fast forward a couple of decades and the strategy has progressively evolved into a revolutionary tool that primarily focuses on identifying and eliminating causes of errors and defects in manufacturing processes aimed at meeting, or exceeding customer requirements. Business strategy has heavily focused on efficiency and productivity in recent times. That is why work order management software has been commonly adopted by many businesses.

In his still relevant 1999 publication “Why Should Statisticians Pay Attention To Six Sigma,” Snee Ronald describes Six Sigma as a business strategy that is aimed at distinguishing and eradicating causes of failures, defects or errors in business processes, by paying specific attention to outputs that are critical to consumers. Since Motorola’s introduction in 1986, it has also been widely used as a quality measure that seeks near elimination of defects by employing statistical methods. The measurements adopted are founded on process strategies highlighting variation reduction, which theoretically, triggered improvements in the actual process.

At first, resistance and skepticism to this methodology was relatively extensive, with most organizations and managers shunning it away due to its perceived statistical complexity. With time, their perceptions changed as businesses increasingly adapted, tested, and tweaked their overall methodology to improve their operations. So far, many organizations have tested it, as demonstrated by the University of Nebraska-Lincoln through a study they did to establish underlying factors impacting an organization’s adoption of Sigma, and subsequent long-term success.

Their findings indicated a significant difference between companies that had successfully implemented Six Sigma and those that were yet to do so. Sixty-four percent of the former overwhelmingly increased their profits by more than 100 percent, while 64 percent of the latter registered comparatively low profits. Interestingly, 81 percent of the companies that were yet to successfully implement Six Sigma had registered significantly higher profits before adopting the strategy.

So, going by these indications, what are the pros and cons of Six Sigma in your company?

The Upside of Six Sigma

To begin with, implementing Six Sigma spreads a progressive process improvement methodology to all organization levels. Once inserted in your business’ culture, your individual operations will continue improving with time thanks to a system that closely monitors your processes, consequently identifying and correcting problems as they develop.

The culture of identifying and eliminating possible defects before they occur, as opposed to fixing them after occurring, helps save time and money, which would otherwise have been spent on rework. This ultimately translates to increased profits and reduced operational costs in an organization. According to a report released by General Electric, their company was able to save more than $8 billion thanks to identifying and eliminating such defects.

Since Six Sigma heavily relies on data, you can conveniently and comfortably look into your processes in real time. As the measurement trend starts hitting the lower of upper chart control limits, you’ll be able to identify the problem and swiftly act accordingly after understanding, documenting and measuring the current process. In case the revised process fails to deliver as required, your Six Sigma team will be on standby to evaluate it, and subsequently, correct any developing problems.

Having a team of dedicated quality experts places you ahead of other companies that contrastingly multitask their general workers with quality monitoring and improvement. The systematic hiring and training of Six Sigma black belts in your company will start off a continuous process that will see them train green and yellow belts from new hires.

Finally, by documenting your processes and defects, you’ll be setting up a learning platform, where lessons are shared by experts and other employees in a bid to improve their individual assembly lines.

The Downside of Six Sigma

Interestingly, by virtue of being a quality improvement and not a cost reduction strategy, Six Sigma may not necessarily result in cost savings. In some cases, it even leads to increased production costs. That is because the cost savings made by virtue of eliminating returned products, costly reworks and defective products, are only a process improvement byproduct. With time, progressive quality improvement may lead to increased overhead and capital costs, thus canceling out initial savings made.

As a business, of course, you’ll eventually offset the costs by increasing the value of your products, hoping that customers will be willing to pay extra for (and buy more) higher quality products that meet Six Sigma standards. Unfortunately, however, you may end up losing out to your cheaper competitors, especially if you are dealing in products that customers do not actually care about extra quality.

Customers buying aerospace or medical products, for instance, will be willing to pay extra for Six Sigma quality standards, while those buying things like pens, papers and desks likely won’t pay as close attention to the Six Sigma quality improvements. So, you’ll need to assess your company’s target market and adopt a requisite Six Sigma strategy that falls in line with your company goals, market and growth projections. 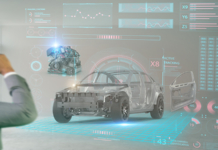 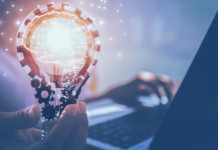 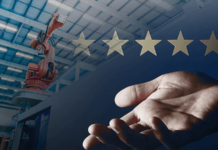