Italy is a beautiful country full of golden sunshine and rolling hills that support vineyards and olive groves. It is also a modern industrial country at the forefront of fashion, consumer goods and construction. Italy became a democratic republic in 1946, but it has always been among the leaders of political and economic movements in Europe. It was a charter member of NATO and the European Union as well as its subsequent iterations. Italy is the third-largest economy in the European Union, but it faces structural economic challenges such as high debt and an inefficient labor market.

Italy, with its capital city of Rome, is located in Southern Europe on a peninsula extending into the Mediterranean Sea. It has 20 regions and five autonomous regions. Border countries include Austria, France, Vatican City, San Marino, Slovenia and Switzerland. At 301,340 sq km, it is about twice the size of the US state of Georgia.

Italy is the second largest manufacturing country in Europe, behind Germany. Much of Italy’s industry is clustered in the northern part of the country, while the agricultural sector is located in the south. Much of Italy’s industry focuses on high-quality consumer goods and luxury brands, many produced by small, family-owned and mid-sized companies.

Manufacturing accounts for 24% of the country’s GDP, and industrial production is growing at 2.1% annually as of 2017.

Although Italy is famous for its food, wine and olive oil, agriculture makes up only 2.1% of the GDP and employs just under 4% of the workforce.

Tourism is one of Italy’s most important industries, and Italy is the fifth most popular place for visits from other countries. In fact, more than 63 million tourists visited Italy in 2018 to see its unparalleled ancient monuments, numerous World Heritage Sites and to experience its rich culture.

Transportation options are abundant and of good quality in Italy. Coupled with its advantageous location, this makes Italy an excellent location for manufacturing supply chains. The navigation throughout Europe is excellent and Italy also has easy access to Asia, the UK and the US.

Italy has more than 129 airports, the bulk of which can handle cargo. Annual freight traffic was 945,433,732 mt-km in 2015. In addition to airports, Italy has five heliports for quick trips or small item deliveries.

Although there are some inland waterways, they are less efficient than Italy’s rails and roads for moving goods. The country has seven major seaports: Augusta, Cagliari, Genoa, Livorno, Taranto, Trieste and Venice. Genoa and Gioia Tauro are container ports, and there are three additional LNG ports and two additional oil terminals.

Italy has experienced a high unemployment rate in recent years with the current rate at just over 11%, and some demographics are as high as 37%. The workforce numbers 25.94 million, and most of those workers are well-educated. The average person in Italy completes 16 years of education, and more than 99% of the population is literate.

Industry employs 28.3% of the workforce, while the services industries employ 67.8%.

The chief of state is president Sergio Mattarella, and the Prime Minister is Giuseppe Conte. Elections occur every seven years. The president is indirectly elected by the electoral college.

Starting a business in Italy may be slightly more complicated than in some other European countries. The World Bank puts it in 58th place globally as far as the ease of starting a business there. Dealing with construction permits, getting credit, and paying taxes are three areas that may present challenges. Italy also ranks low in enforcing contracts. However, this is offset by its first place ranking for trading across borders and high marks for registering property, getting electricity, protecting minority investors and resolving insolvency.

Doing business in Italy can be both rewarding and profitable, despite a few challenges. It is, however, important to note manufacturing’s pivotal role in the Italian economy. QAD Adaptive ERP can help manufacturers to rise to meet the challenges of fast moving industries and economic conditions, while QAD Internationalization helps to identify and overcome the challenges associated with taxes, regulations and globalization.

How would you describe the state of Manufacturing in Italy? Learn more about manufacturing and doing business in other great countries around the world. 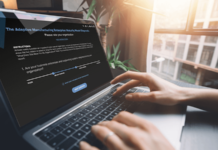 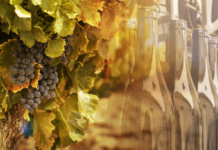