Malaysia became an independent nation, the Federation of Malaya, in 1957. Prior to that, the British Empire ruled the territory as colonies and protectorates, and Japan occupied the area from 1942 to 1945. In 1963, Singapore, Sabah, and Sarawak joined the Federation. The fledgling country was troubled by an insurgency, confrontations with Indonesia, the Philippine’s claim on Sabah and then Singapore’s withdrawal in 1965. Despite the years of political turmoil, the country was able to diversify its economy to include robust manufacturing, services and a thriving tourism industry.

Located in Southeast Asia, Malaysia is bordered by Thailand, Borneo, Indonesia, Brunei and the South China Sea. The country is slightly larger than the US state of New Mexico, with terrain that rises from coastal plains to hills and mountains.

Industrial production is growing at about 5% annually as of 2017, making it the 55th fastest growing industrial nation in the world.

Services make up 53% of the GDP, primarily finance, banking and insurance.

Malaysia’s agricultural sector is the second largest producer of palm oil in the world. The country also produces rubber, cocoa, rice, timber, subsistence crops and pepper. Agriculture makes up 8.8% of the GDP.

Malaysia is ideally located for trade with China and countries throughout Asia. It has 116,169 km of paved roadways, so overland transport of goods is simple. Malaysia is ranked the 35th country for ease of transportation on its roads.

Malaysia has 114 airports in total, and 39 airports with paved runways. There are 12 registered air carriers operating more than 260 aircraft. The country moves over 2 billion mt-km of freight per year.

In addition to its airports, Malaysia also has four heliports for quick transport of small goods or for travel between areas.

Regardless of the best method for moving your goods, Malaysia has a robust infrastructure that can make movement quick and simple.

Malaysia’s workforce is about 15 million people. Approximately 11% of the workforce is engaged in agriculture, 36% in industry and the balance in services. Unemployment has hovered around 3.4% to 3.5% for the last several years. The population is clustered in a few urban areas, with about 8 million people in the capital of Kuala Lumpur, 1 million in Johor Bahru and more than 800,000 in Ipoh. These areas represent about 77% of the country’s population.

More than 93% of the population is literate, and most people complete 13 to 14 years of schooling, so the workforce is ideal for many manufacturing operations. However, the country has a slightly negative immigration trend, as more workers leave than enter Malaysia. This can make it difficult to hold on to highly skilled people who may leave for other opportunities.

Malaysia has the 26th largest GDP in the world at $933 billion, and the GDP is growing at 5.9%. The country is working hard to move further up the value chain by attracting investments in high-tech, knowledge industries and services. The Economic Transformation Program, sponsored by the previous Prime Minister Najib, includes multiple policy changes and projects to promote growth and industry diversification while reducing the economy’s dependence on exports.

Malaysia is one of the 12 nations that signed the Trans-pacific Partnership (TPP) free trade agreement in 2016. However, after the US withdrew from the pact, the partnership’s future is in doubt.

Malaysia is a federal parliamentary constitutional monarchy. Except for Melaka and Pulau Pinang, each of the Peninsular Malaysian states has its own hereditary ruler, known as sultans. Sabah and Sarawak have the right to maintain their own immigration controls. The legal system is a mix of English Common law, Islamic law and local custom law.

The king is elected from the hereditary rulers for a 5-year term. The last election was on January 24, 2019.

Taxes equal 16.4% of the GDP. There are nine required payments per year, and it can take more than 174 hours per year to calculate and manage taxes. The total tax and contribution rate is 38.7% of profit, with labor and contribution tax making up 16.7%, profit tax 19.6% and the balance miscellaneous taxes.

Malaysia ranks well in the ease of construction, and construction permits and in protections for minority investors.

Malaysia has come a long way in a short time in improving conditions for manufacturers, and the ease of imports and exports coupled with excellent supply chain transportation support help immensely. For companies engaged in importing or exporting goods, QAD Internationalization can help to overcome the challenges associated with taxes and regulations. QAD Adaptive ERP can help companies change as necessary to comply with customer or government demands.

How would you describe the state of Manufacturing in Malaysia? Learn more about manufacturing and doing business in other great countries around the world. 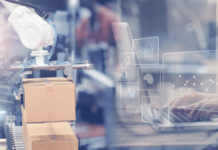 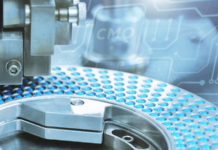 The Remedy for Inefficiencies in Contract Manufacturing 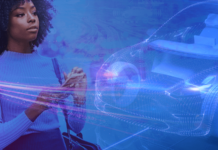